Last Friday night, our family “pizza and movie”-night featured a recent favorite of mine: “Meet The Robinsons.” The story is about a brilliant young boy who was been dropped off at an orphanage as an infant. His scientific genius makes him a turnoff to prospective parents and he gets turned down for adoption. As the movie turns out, he discovers his family through time travel to the future with his son.

In one particular scene in the future, he attempts to fix a gun which slathers jelly and peanut butter simultaneously onto bread. The whole thing blows up and everyone is covered in peanut butter and jelly. Frustrated, Cornelius (the boy) counts himself a failure until the family gives him a rousing applause on his colossal failure. They are being sincere. They are not running him down. The family motto is “keep moving forward,” but the family teaches him that mistakes and failures are the best way to learn and grow and keep one another human and keep moving forward. The movie does a great job of teaching us that learning to deal with mistakes, (our own and others), is one of the high marks of human dignity.

How come the world of computer animated movies teaches this so much better than we do in the Church? I mean, if the Church cannot handle these things well (lovingly and faithfully), what hope is there for mankind?

Embarrassment over mistakes or errors has to be, in my opinion, one of the more significant causes of people leaving their Christian congregations. It pains me to watch it every time I see it. Somebody makes a mistake…or loses their cool…or fails at a task…or finds out they were wrong…and even if the congregation and the pastor show real grace in these circumstances, the person will leave the congregation or go into hiding or engage in a mock display of anger which blames everyone else.

I’ve seen it happen many times over my 17 years in the ministry. I have lamented it every single time. Sometimes with tears.

I don’t think I ever really appreciated this point until we started homeschooling our children. No child is perfect and they don’t get good at anything they do without mistakes and errors along the way. Now, when that happens, his teachers (Jennifer and I) have two options. We can either be punishing or we can lovingly correct the error and let the learning from it sink in. The latter response definitely helps the child avoid embarrassment and learn the lessons needed to avoid making the mistake in the future.

Sadly, when adulthood happens we must mistakenly tell ourselves that errors are not supposed to happen anymore. Many adults, especially when they are knowingly in the wrong, tend to punish themselves to the extent that they think forgiveness and restoration is impossible or, worse yet, undesirable. Instead of falling back on the grace of God and other people in our lives, we decide either to go into hiding or insist we were right all along, even though the evidence simply doesn’t support us. Worse yet, sometimes the poor response is exacerbated by a gracious response from someone else. (Sometimes people don’t like it when you are able to forgive and/or accept the matter so easily).

For me as a pastor, I am thankful for everything people do around the church. I understand that they live busy lives and that their contributions around the church can indeed happen at the expense of other important aspects of their lives, like family for instance.

As one who is thankful under such circumstances, let me say something very directly. I also know that mistakes will happen AND I will make mistakes as well. Perhaps these mistakes are sins, perhaps not. (A mistake is not necessarily a sin by definition). Regardless, I think time spent dwelling on someone’s mistakes in life or at church is wasted time. Maybe I’m a strange person, but I have often found myself respecting the person who disagreed with me or who was mature enough to own up to a mistake. In Pastor Torkelson’s “ideal congregation,” there is room for these things to happen. They are great opportunities for learning. They are also great opportunities for God’s people to learn to handle these matters with grace and love. When it doesn’t happen, it’s often because we choose our own misery.

In short, I have seen no good reason over 17 years for anyone I ever served to feel embarrassed about anything. I don’t want that for you and neither does your God, whose forgiveness covers it all for you in Christ.

And, if I feel that for you, I pray you would do the same for me when I fail because, I promise you… 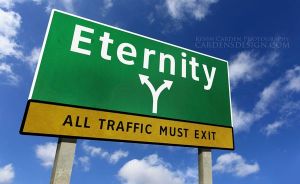 God’s grace in the forgiveness of sins means, however, that I need not live in continued embarrassment or guilt over it.  Lesson learned. Keep Moving Forward. There’s resurrection ahead! As we travel, know one thing: You can be human with me. I pray I can be the same with you.

For freedom Christ has set us free; stand firm therefore, and do not submit again to a yoke of slavery.  Gal. 5:1