I am like many Lutherans.  I tend to downplay emotions and their place in matters of faith.  Like a much respected professor of mine once said in class, “Does having the joy of Jesus mean I have to have a smile on my face today?”  My immediate answer is No.  Lutherans are not an emotional bunch.  Perhaps it’s a consequence of “Lutheran guilt.”  Perhaps, (only perhaps), it is a mark of our German heritage.  Perhaps it is a belief that feelings can confuse a person as much as they can bring certainty.  The devil can use emotions as well as God can, it would seem.

The fact is, nevertheless, that our emotional makeup is part of how God, our good Creator, has made us.  In counseling over the years, I have seen how ready access to the emotions actually helps a person in healing from psychological and spiritual wounds.  In our over-medicated age, I see the clinically depressed sometimes being medically squeezed into an emotion-less middle which only hides the symptoms of their depression.  Without access to the complete range of emotions, bringing healing the to depression, in my humble opinion, can never happen.  (This does not mean that I do not see the need for medications.  They do provide functionality.  Nevertheless, especially with depression, medication without counseling is not very helpful.  I do believe that counseling with, possibly without medication, can provide real mental health).

For many of the people I have had the privilege of serving, an emotional response is often tied to the church’s hymnody.  Sadly, much of this is connected to hymns sung at a loved one’s funeral (ie. “What A Friend We Have In Jesus,” “Abide With Me,” “Amazing Grace,” “I’m But A Stranger Here,” etc.).  Music, it is said, “hath charms to soothe the savage beast.”  The hymns of the Church affect me also.  For me personally, however, it is not so much the funeral hymns.  It is the great prayers buried within some of the more content-filled hymns which get me.  Indeed, it is hard to find more beautiful prayers than you will find in any Lutheran hymnal.  I actually believe that if Lutherans today were encouraged to read/sing the hymnal looking for these prayers, I suspect the Lutherans would be fairly immune to the so-called “worship wars.”  (Why would we ever trade these marvelous prayers)?

So last night, as I was calming down from a spectacular Brewers win, I put on my headphones and started listening to “Jesus, Thy Boundless Love To Me” (LSB 683) from Concordia Publishing House’s fantastic 4-CD collection, “Heirs Of The Reformation.”  Even though I wouldn’t have thought myself emotionally vulnerable, the wonderful, indeed elegant, new tune, combined with some of the most powerful words ever put into a hymn, got the best of me last night.  How can one avoid an emotional response to the words of stanza 2 below?

O grant that nothing in my soul may dwell, but Thy pure love alone;  Oh, may Thy love possess me whole, My joy, my treasure, and my crown!  All coldness from my heart remove; My ev’ry act, word, thought be love.

In suff’ring be Thy love my peace, In weakness be Thy love my pow’r; And when the storms of life shall cease, O Jesus, in that final hour, Be Thou my rod and staff and guide, And draw me safely to Thy side!

Granted, the musical arrangement on the CD had something also to do with it.  But this is my point exactly.  Music and text came together in a holy way and I was overwhelmed by it.  The elegance, the beauty; these served as instruments bearing the TRUTH.  We are dearly loved by Christ.  Yes, even we are dearly loved by Him.  That our Lord would give up His life into death to save us, such love cannot be expressed well in words.  Put such a thought to music, on the other hand, and (at least for a fleeting moment), the whole body feels it, emotions and all.

In short, such an emotional response to the Bible’s teaching is a good one.  The Word guides the emotions, not the other way around.  The Gospel, undeserved, unmerited, is given voice and it touches deeply.  Christ is still first and, indeed, when our emotions are affected, it is a doxology (word of praise) in its own right.   Emotions are not an end in themselves.  But if our end is to praise God for His love and mercy, emotions can be a great servant to the Christian’s duty to “thank and praise, serve and obey Him.”

Please take the opportunity to follow the link below to keep up with LCMS efforts to provide relief in Joplin, MO.

As an aside, St. John’s has a direct connection to Immanuel Lutheran in Joplin, which sustained heavy damage.  Pastor Greg Mech is the brother of our member, Kathleen Wambold.

Please keep the members of Immanuel, Pastor Mech, and all those who are recovering in your steadfast prayers.  When it comes time to rebuild, I am thinking of putting together a “crew” to go there and pound nails and turn screws.  Anyone interested?

Standing in front of the Jewish religious “high court” in Acts 23, Paul says this:

Acts 23:1  And looking intently at the council, Paul said, “Brothers, I have lived my life before God in all good conscience up to this day.”

Acts 23:2 And the high priest Ananias commanded those who stood by him to strike him on the mouth.

Are we Christians, set free by the Gospel of the forgiveness of sins, afraid to have a good conscience?  Do we think that faithfulness consists on endless doses of “Lutheran (or insert your confession of choice here) Guilt?”  Are we annoyed or offended when we see others living with a good conscience, either because we do not live the same way or because we think they should not have such a conscience?  After all, in a court of law you wouldn’t let the accused’s “good conscience” stand?  That and 50 cents might buy you a cup of coffee somewhere, (not Starbucks), but it won’t acquit you.

There’s something shocking about the freedom of the Gospel.  Forgiveness provides freedom.  As far as the east is from the west, so far has He removed our transgressions from us (Psalm 103:12).  The freedom of the Good News is rooted in God’s removing of sins from us, not merely Himself.  He does remove sins from Himself, His mind, but when they are removed from Him they are, by default, removed from us.

In other words, what are we free from?  Lutherans are quick to say “salvation by works of the Law, condemnation, death itself,” and these are all correct.  But perhaps the most profound aspect of the freedom of the Gospel is the freedom we have from ourselves.  When the Gospel is truly apprehended by faith, (which is entirely God’s doing, not ours), it creates a good conscience.  It seems to me that true good works flow from this freedom, this freedom of a good conscience.

The High Priest ordered for Paul to be struck in the mouth.  In his court of law, Paul’s invocation of a good conscience sounded very arrogant.  Not only was Paul preaching in the name of Jesus, (his “crime”) if you will, but just the invocation of a good conscience must have sounded as if he was innocent, as if he had done nothing wrong, as if his actions were right.

Do you have a good conscience?  Do you have the kind of conscience that Paul has?  Conscience, the hard-wired knowledge of right and wrong which God has written on the human heart, truly is a gift of God.  Nevertheless, is conscience only something to be understood and felt negatively?  Like when we have failed to do what we ought to have done?  Is it then–and only then–that conscience really matters? 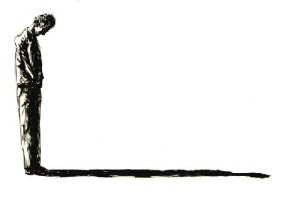 Perhaps that’s the impression we have been giving.  Indeed, God’s Law hits the human conscience hard, showing us our sin and our incessant desire to depose God from the throne of our hearts every day and in many ways.  This is the primary function of the Law, to prick the conscience, to cut to the heart (Acts 2:37).

But what a miserable message Christianity would be if that was all it offered!  Indeed, the problem with all the other false religions out there is precisely the fact that they exploit a bad conscience by demanding more and more from people.

1 Tim. 1:15-17   The saying is trustworthy and deserving of full acceptance, that Christ Jesus came into the world to save sinners, of whom I am the foremost.  But I received mercy for this reason, that in me, as the foremost, Jesus Christ might display his perfect patience as an example to those who were to believe in him for eternal life.  To the King of ages, immortal, invisible, the only God, be honor and glory forever and ever. Amen.

Paul’s good conscience underlies this brief autobiographical section of 1 Timothy.  Paul knows, indeed confesses, that he is “chief of sinners.”  TWICE!  But Christ has saved Paul from that and it is Christ who now works through Paul.  Who gets the glory?  V. 17 is a wonderful word of Doxology.  Christ gets the glory.  What Paul accomplishes in a day goes to the glory of Christ.  What he fails to accomplish in a day gets commended over to the grace of God.  It’s a win-win.  Paul can finish the day and sleep soundly the sleep of a good conscience.

Indeed, a thought for Christians to ponder:  What am I really saying if I cannot apprehend God’s grace and have this good conscience?  I am saying that God has not really saved me, that I am not forgiven, that I must satisfy Him.  And in such an equation, God receives no glory.  We, in our determined effort not to have a good conscience, make our God out to be no better than the other false gods. 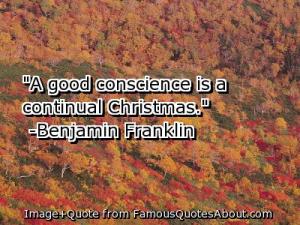 What would it take for you to have a good conscience?  My task as a pastor is to help you learn this truth and, if you read this article and are convicted by it, I would hope you take my loving offer to work with you to receive a good conscience for your benefit and to God’s glory.